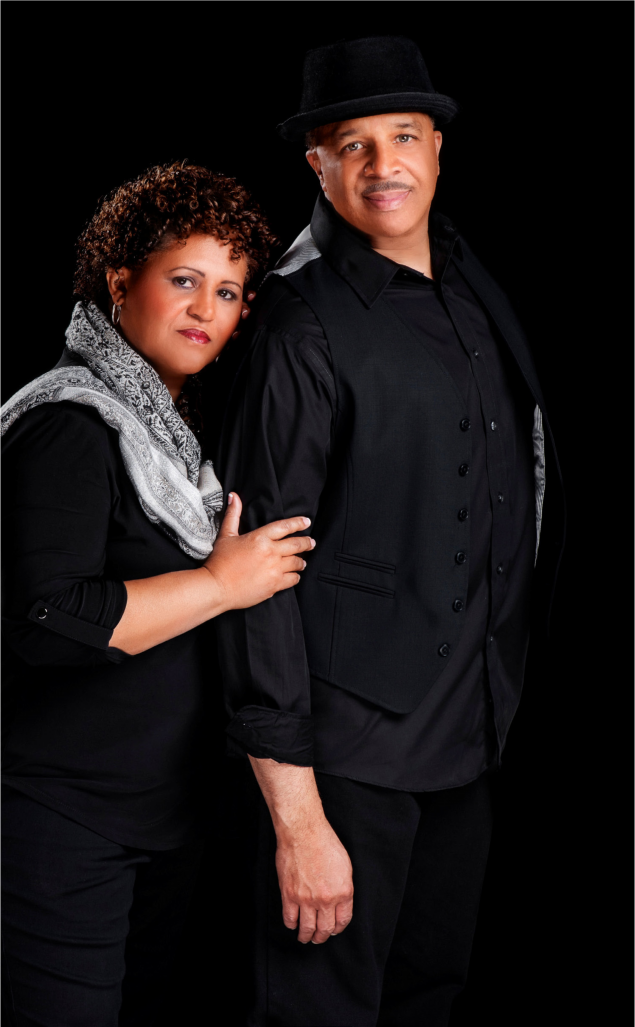 Both studied at Morgan State University.  Butch and Rhonda played bass and keyboards respectively on the song, “Break Free” recorded by Committed (winners of NBC’s music competition show, “The Sing Off”.)  Butch also played bass on recording artist Jessie J’s singles, “Price Tag” (which reached #1 on the UK, Ireland, and New Zealand charts)
and “Abracadabra”. Rhonda has opened for artists such
as Al Jarreau, the late Phyllis Hyman, and The Blackbirds.

Her original compositions have been included in film documentaries on WJZ-TV in Baltimore, MD. The Coleman’s rich musical heritage continues with their sons, Joshua (Ammo) and Jeremy (Jmike), both Grammy nominees, who are music producers for a variety of top recording artists.

More than two decades of performances in the DC Metro area have included opening for smooth jazz artist Maysa, appearances at venues such as the Meyerhoff Symphony
Hall (Baltimore, MD) and Blues Alley (Washington, DC), and headlining the African American Festival in Franklin, Virginia.In 2002, Butch and Rhonda released “My Heart Is For You” and several years prior, “Sing Praises.”

Citing the impact that music had on their lives as young adults, Butch and Rhonda started a program called, “Heart for Music”. This program focuses on providing musical instruments and lessons to inner city youth who cannot afford them.

On their latest release, “Night Sketches,” Butch’s soothing bass and Rhonda’s vocals take the listener through the many turns of love. Opening your heart with “Here I Go” and gliding it through “Carry My Heart” and “We Belong Together”, each song teaches the lesson that when it comes to love, you don’t get to choose.

“It was a pleasure and honor to do this recording for two dear friends of mine, and to see how they took care and made sure everything was right about it.  It’s a great sounding recording and I am honored to be on it.”

“Butch and Rhonda’s smooth blend of lyrics and instrumentals take you on a journey that you never want to end.”